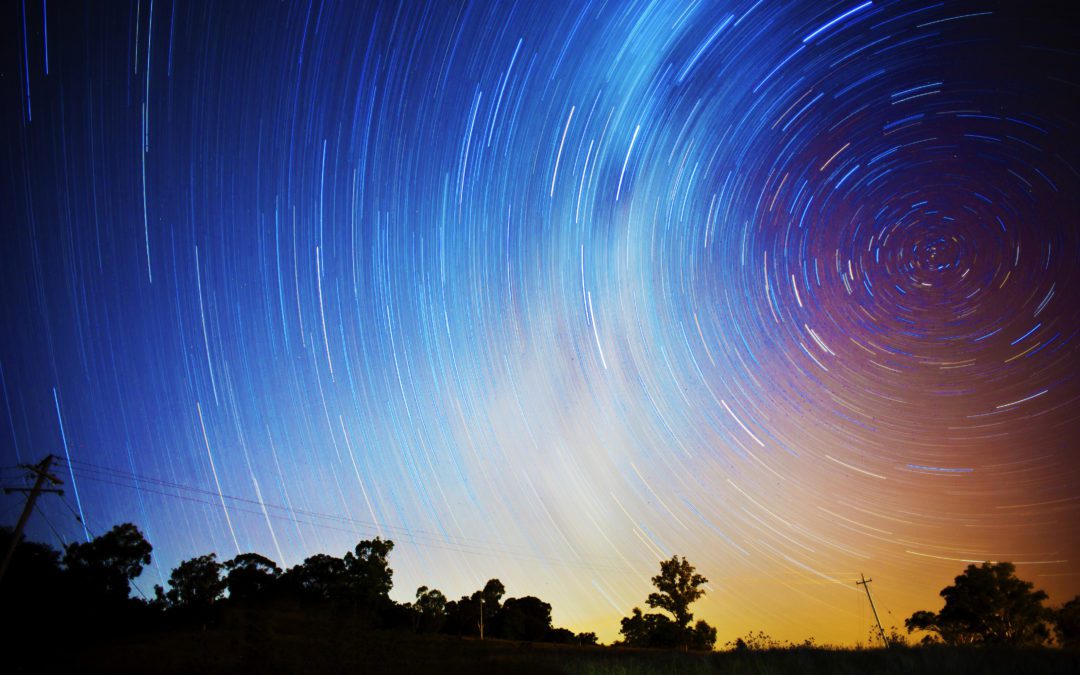 I lay in my hammock for the first time in Summer.

The sun has fallen so stars can shine in the risen night.

The outer space I watch is the original screen from past days.

It was the most watched screen before wall-hung and handheld offerings – but the original still produces a spectacle across the spectrum.

The air refreshes my throat and lungs.

Sounds sound off beneath sounds.

After watching a bat fly by a third time, I say, “It’s a dream come true.”

I see a sky light moving like never before. The show continues as I say, “I’m alive.”

I likely talk to myself more than I recognize.

A piece of the original screen flashes in the shape of a rectangle.

I’m wearing glasses as I wonder if the sky glitched, my glasses tripped or my third lens flipped.

Or maybe it was “We are three.”

I hear something between the barking dogs that seem to have seen something previously unseen.

My gaze returns to the sky.

The unidentified flying object glows orange before dissolving. This light becomes my new favorite moment of this night watch.

Restored silence sends me back to the largest screen ever seen.

I definitely talk to myself more than I recognize.

How can one be allegedly so self-aware yet still so self-conscious?

This self could benefit by conducting less silly self-assessing to start.

And then the goat baas in its own language.

Our family jokes about goats.

One perceived acronym becomes Greatest Of All Time.

Our family cares for five goats.

Simple experiences make me wonder, “Is this for real?”

I lay in my hammock on the 35th day of Summer.

Stars sprinkle the black night as the air conditioner kicks in and my sneeze releases.

I look up to the sky once again, giggle, laugh, and remember why I look up.

I wonder if I’m talking to the sky or myself.

I think about how I caught up with an old friend today who mistook my recent post for leaving ambiguity in my health.

Status: “I am functioning within normal parameters.”

These are words my brother and I have joked about. After all, Pop introduced us to these words within Star Trek: The Next Generation.

But this is the current generation.

Can self travel to the stars?

I remember that my handheld screen, illuminated as I type these words, is nothing compared to the original sky screen.

Animals scream from the woods. They howl. I cannot identify their origin.

The cicadas continue to harmonize with the crickets.

A scream arrives. It may be human. Possibly a party goer.

The car whirs from the closest road.

I commit to the black screen again and watch a star shoot across.

I see a brighter shooting star streak from right to left.

Now I see what appears to be a moving star which stays steady on its course.

It has now disappeared in the amount of time it took to write the above sentence.

Or maybe it is staying put where I look.

Once while lost in this same place, I witnessed 14 shooting stars within single-digit minutes.

Suddenly, I imagine all of the stars falling at once.

But why have I never seen a rising star?

What does it take to witness a star shoot straight upward or see one rise from the horizon?

Because I’ve watched the sky for many nights, observed many unknowns, but my eyes and the camera lens have never recorded a rising star in such upward wonder.

Suddenly, I see what appears to be another star moving along a special trajectory. This time, we share its disappearance.

Triangles and trapezoids to start.

With an altered focus, the stars will form a celestial circuitry.

Sometimes, I believe the stars move just for me.

Ego is so bold.

But what if the sky could fold?

That’s a story to be told.

Redistribute it in every mold.

That’d be something dark and cold.

And now I’m back to what if the stars rolled?

Okay, that’s it for now, this is getting old.