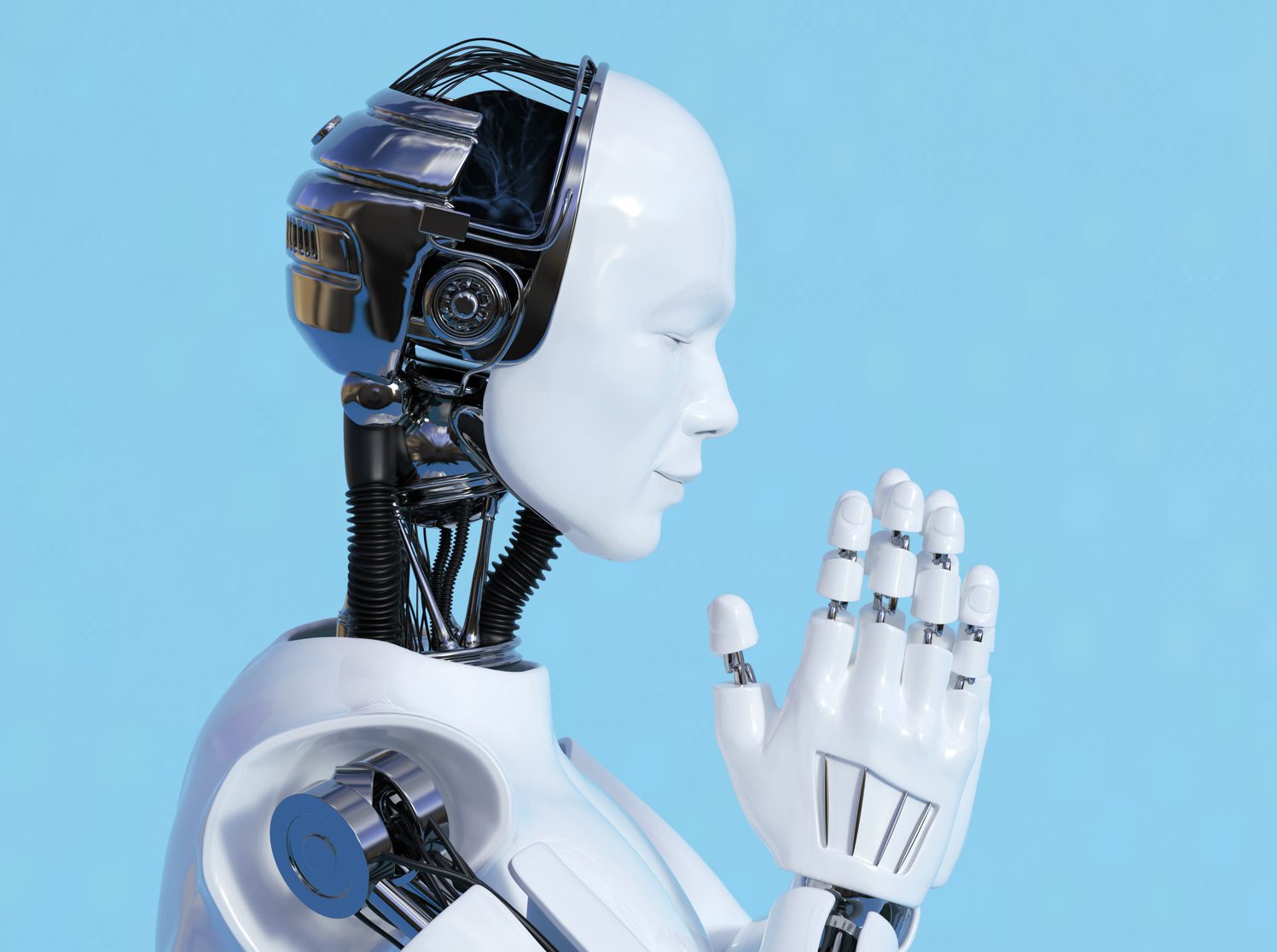 Be Thankful (Even If You’re a Robot)

I earned a speeding ticket, went home, and wept.

The ticket and tears were unrelated. It was heartbreak that spawned my waterworks. The day was February 19, 2014, and it went down like this…

I dropped off my kids at school and started the drive home. Within three blocks, a cop stared me down as he passed the opposite direction. He immediately u-turned, flipped on his sirens, and pulled me over.

“You were speeding,” he said.

His news surprised me but ignorance was no excuse. So I apologized and thanked the cop as he handed me the ticket.

Thirty minutes later, I sat in my home office trying to work on my novel. Except I couldn’t type any words onto the page. I quickly realized this wasn’t writer’s block, and my body was beginning to process what happened three days prior on February 16, 2014.

That’s the day my dad died.

I sat there paralyzed as an unfamiliar salty substance began to discharge from my eyes. It released at an alarming rate.

Then the anger surfaced. I wiped the tears and sat there yelling at myself for blubbering. “This is why I don’t cry. It’s stupid!”

I take pride in being a robot most of the time. Machines are too efficient to shed tears. I seek their same performance levels.

But on that day in February, my brain misfired in wicked ways. I hated the fact I’d lost control. Most of all, I despised having to process the man who raised me was gone.

That right-wing nut would never again bark at me for creating unrest in his OCD world. He’d never again challenge me to use my gifts to start something of my own. He’d never visit this blog I launched a year later or read my debut novel.

His sudden illness and death shocked everyone including the doctors. But he finally made good on what he’d been promising for ages by turning in his key.

And my mother lost her best friend of more than four decades. My siblings and I lost the man we called Pop. Our kids lost their Pop Pop. We all lost the photographer of just “one more.”

Waiters and waitresses lost a loyal patron who rooted for them to “get a raise.” Drive-thru attendees lost the guy who once proclaimed his order was “to go.”

Pop was a crazy old man.

Damn, I loved that guy.

Maybe it’s the full moon or the holidays but I’ve been mourning him more lately. My eyes got misty yesterday. That moment prompted me to start writing this therapeutic post.

Yet my own sadness reminds me of the insane pain my mother’s had to endure. That doesn’t mean I can’t grieve, too. I just feel selfish for writing these words. Right or wrong, these thoughts of selfishness have infected me.

I’ve never visited his grave. Of course, I know Pop’s not there in that cemetery, and he’s not missing my attendance.

I just worry I’ve never gone there for a reason. Maybe I fear that I’ll bring memories of him to that grave site. Memories I’m not ready to face. I pray that’s not the case.

I used to think I handled his death really well. Maybe I just postponed the pain. Maybe it’ll keep trickling out over the years. Or maybe I just need to release another big ugly cry someday.

Either way, it turns out I’m not the automated Dave I’ve always strived to be. I’m no robot. I don’t always function within normal parameters.

Oh yeah, Pop would have celebrated another birthday this month. It’s weird because whenever someone learns of his death, the first question they typically ask is “How old was he?”

Everyone wants the answer to be an older age. Why? Do we believe that a longer life of the deceased will help ease the mourning of the living?

Death is only hard for those of us still here. Come on, I’m not worried about Pop. In fact, I picture him smiling down on us right now. He’s drinking a thimble size glass of vino as he navigates technology without effort. He’s in good shape.

My wife signed up our family to run a 5K Turkey Trot thing I don’t want to do. You see, my CPU’s concerned that the boy will need to be encouraged to keep moving every two blocks and my daughter will ask me to carry her twenty yards after we begin.

But I’m thankful. Because I’m still here, and I get to be a father and husband today.