Your Protagonist Isn’t Your Story’s Most Important Character 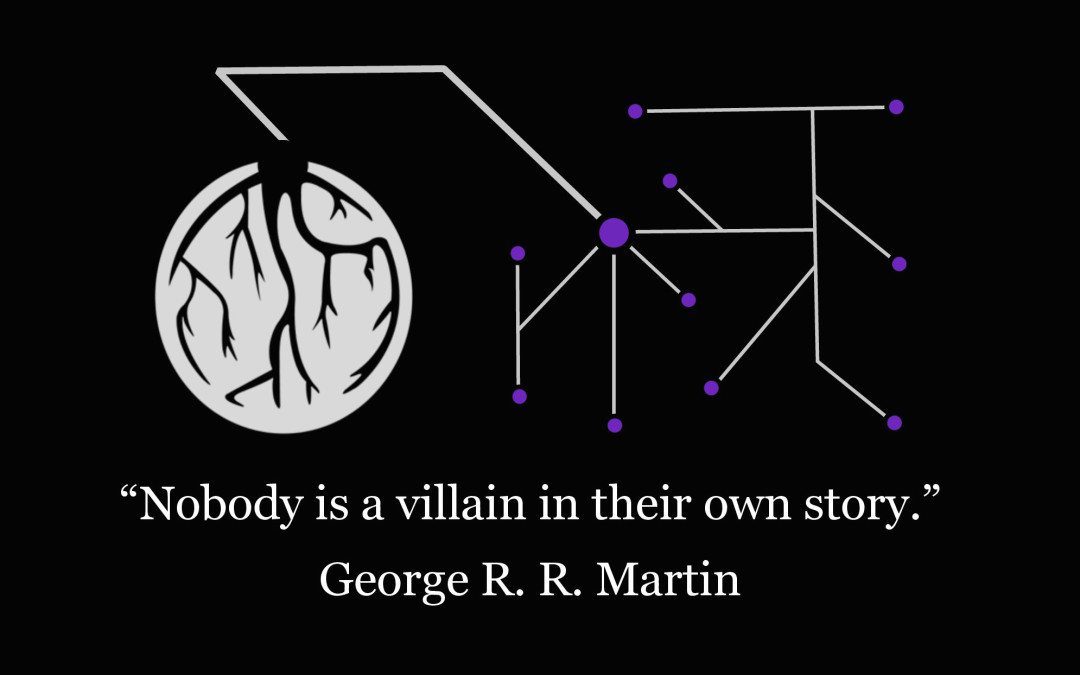 I broke up with my girlfriend on her birthday.

It happened in Jr. High School… All our friends were at her house for a pool party and while everybody else swam, I sat alone on the patio looking at her birthday gift because taped to the wrapped perfume I bought was a card that read, “Sorry things didn’t work out.”

I planned to break up with her before I left except that didn’t happen because I chickened out. She didn’t open any gifts at the party so when we talked later, she asked what my card meant.

It turned out I was an idiot, more a frightened fool than anything else.

The chance of being rejected absolutely terrified me so whenever I faced anyone or anything that may not accept me long-term (or even short-term), I opted for self-sabotage.

Yeah, that reads like a silly confession but it’s the dark truth because looking back, I wonder if I ever saw anything all the way through before my mid-twenties.

I quit basketball try outs before the coach could cut me. I broke up with girlfriends before they could dump me. During my college years, I stopped writing my first big story before readers could criticize it.

Fear has been the primary antagonist in the story of my life.

At least I know its role and how it fits into my life and I suppose recognizing that helps me navigate its threat against my life goals, right?

And that irregularly scheduled moment of self-actualization brings us to the third branch in the Story Heart series.

Our lives provide interesting parallels to the fictional stories we create. Every person on this plane has some type of antagonist in their life. (I can’t guarantee that for other realms though.)

Anyway, your Protagonist needs an antagonist to serve as a core opposing force.

— The opposing force may be a villain, external conflict, or even internal conflict. (K.M. Weiland wrote a great article talking about different villain examples and you can read that here.)

But there should be one primary antagonistic force wrapped around your storyline. I mean there needs to be one central, reoccurring threat opposing your protagonist. Multiple antagonists with differing threats will likely confuse readers, and you don’t want to do that.

Because your core antagonist serves as the most important character in your story.

Yeah, you read that right. Your antagonist has more riding on its shoulders than any other role.

And your opposing force should be anything but boring.

Any chance you spent way more time creating your protagonist than your antagonist?

You wouldn’t be the first. Though this kind of oversight leads antagonists to get chippy and write Open Letters.

Fortunately, you can plan against boredom using structure. So just like your protagonist, your core antagonist must be focused and have purpose.

Your antagonist requires a story goal. And at this stage, it needs to be a wicked, simple one that directly opposes your protagonist’s story goal.

This direct opposition is just one example of what people mean when they repeat the cliche that “story is conflict.”

Let’s take a look at four examples from a few best-selling novels:

The Fellowship of the Ring by J.R.R. Tolkien

Those examples are simplified to their roots, but that’s exactly what you need to be able to do with your protagonist, antagonist and their relative story goals.

Because if you can’t easily simplify this in the Story Heart, you’ll have a tough time fleshing out everything while writing a two-hundred plus page story.

Bottom line, readers have high expectations. They want, need and deserve the right form of escapism from every part of your story. So do them (and yourself) right by crafting an antagonist worthy of their time.

Answer these quick questions to make sure your Story Heart maintains its strong foundation.