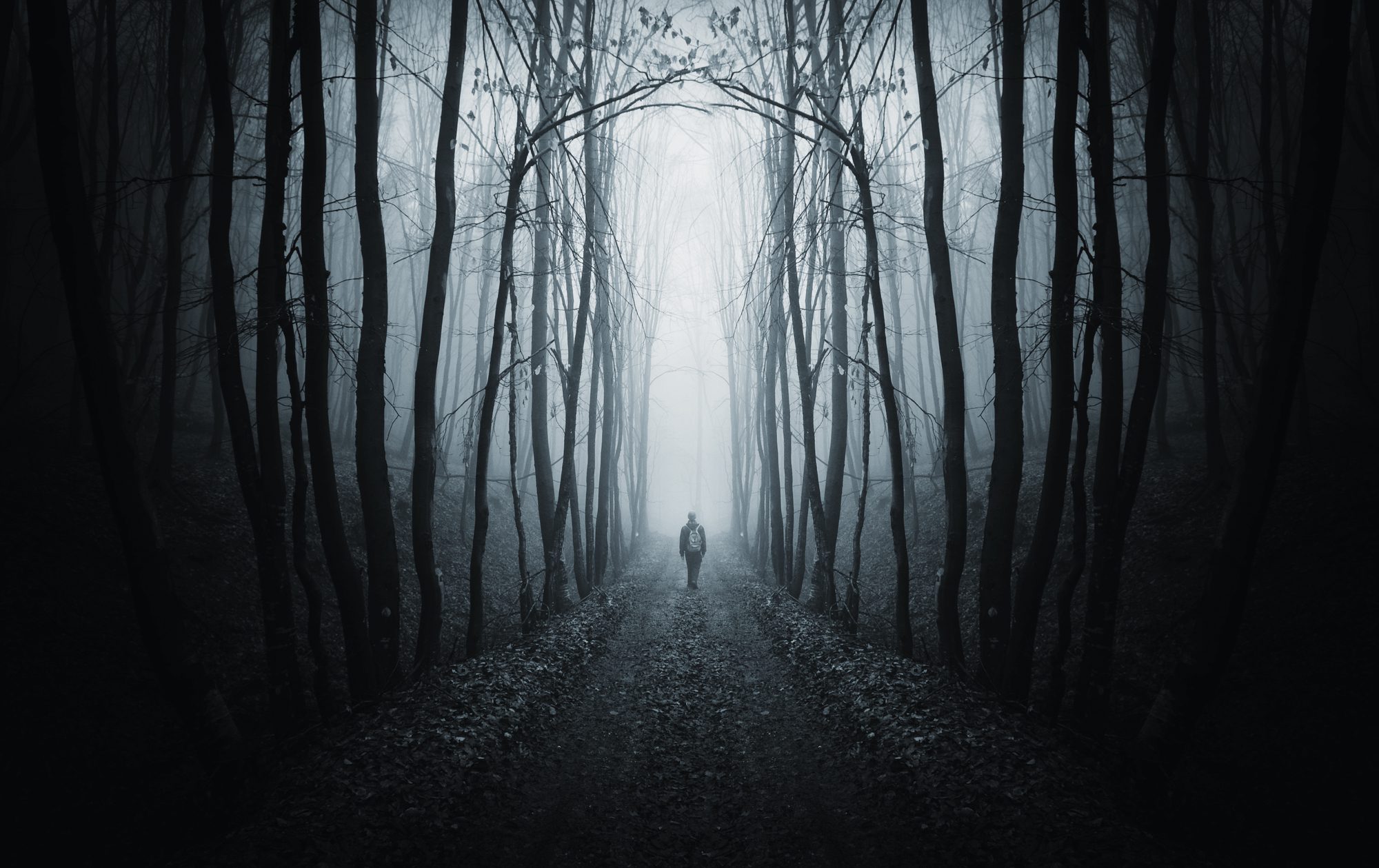 The Great Storytelling Hoax: Why Fear is the True Path

I want urinal partitions mandated inside all men’s restrooms.

I get stage fright.

Because when a few seconds pass without success, the pressure mounts. That’s when time slows and I overthink how to expedite my prolonged bathroom break.

Apparently, I’m not the only guy who worries about this. In fact, a 6 ft. 4 in. friend recently confirmed he was guilty of the same stage fright.

IT ENDS BEFORE IT BEGINS

Don’t worry, I’m not here to launch a bathroom movement for men.

I know that’s a lost and silly cause. Plus, I’m self-aware enough to see what I’ve permitted myself to become too often in life…

A monstrosity of self-destruction.

In grade school, I joined the chorus but quit after our first performance…

Because classmates laughed when they saw me sing.

In High School, I tried out for basketball but quit before the final cut…

Because head games screamed I wouldn’t make the team.

In college, I started to write a screenplay but quit the same day…

Because too many possibilities died before they could find their true potential.

Alas, the dark truth is that most worthy pursuits come with a price.

THE COST OF ENTRY

Too many storytellers quit because of fear.

Yep, you already know that because it’s a simple conundrum. You’re also aware that the fear can manifest itself in countless ways.

But straight up, navigating the fear and criticism is the bare minimum cost of entry if you want to become the writer you’re meant to be. – Tweet that

Several years ago, my first novel writing coach offered me a refund. He professed, “I can’t coach what I can’t comprehend.”

…Despite that pro writer trashing my story, I kept spinning prose and I’m closer than ever to publishing a kick azz novel.

Within weeks of launching my blog last year, a best-selling novelist compared my site to a barker standing outside of a circus tent. And just a week after that incident, I found the same novelist staring me down from the cover of Writer’s Digest.

…Regardless of that author implying I was a modern-day charlatan, I kept writing articles and now thousands of storytellers connect with me at this barking blog.

Oh yeah, every month I see people on Facebook complain that The Storytelling Blueprint is too complicated and unfaithful to the novel writing process.

…Even with people claiming it’s the wrong way to create a story, I continue to offer my free illustrated guide because I hope it can help storytellers see their story and the craft like never before.

Yep, becoming the writer you’re meant to be can be a high-priced son of a b@!(#.

PURPOSE INSIDE THE PAIN

I doubt the fear and criticism will ever be exorcised.

But maybe they shouldn’t? Maybe their hauntings can offer insight?

For instance, fear and self-doubt infected my psyche while writing this very post. I worried that I was creating a steaming pile of mediocrity fit for the recycle bin.

But then I recognized something else while navigating the fear… I found purpose in it.

Because what if the fear that struck just before hitting publish verified you were about to say something meaningful?

What if the public criticism of your words validated that you were voicing something worthy of attention?

What if the fear and criticism compelling you to quit could serve as your North Star?

The fear and criticism can act as reassuring signs.

Straight up, the fear and criticism can reinforce that you’re taking the proper steps to reach your true potential.

Of course, many writers prefer not to read these signs because at first glance, they look like speed bumps, detours, and dead ends. But recent challenges have forced me to see beyond the simplicity in these cautionary signals.

Because I’ve perceived that beyond all of the internal hauntings…

Beyond all of the external digs against my gifts…

Beyond all of the noise and more…

Burned one fear that terrified me beyond the rest…

My worst fear is not writing, “The End.”

I fear you’re meant to achieve the same things.

I believe you’ll dance with the fear and fulfill your purpose.

P.S. 3.0. Share this piece using the super easy links below: