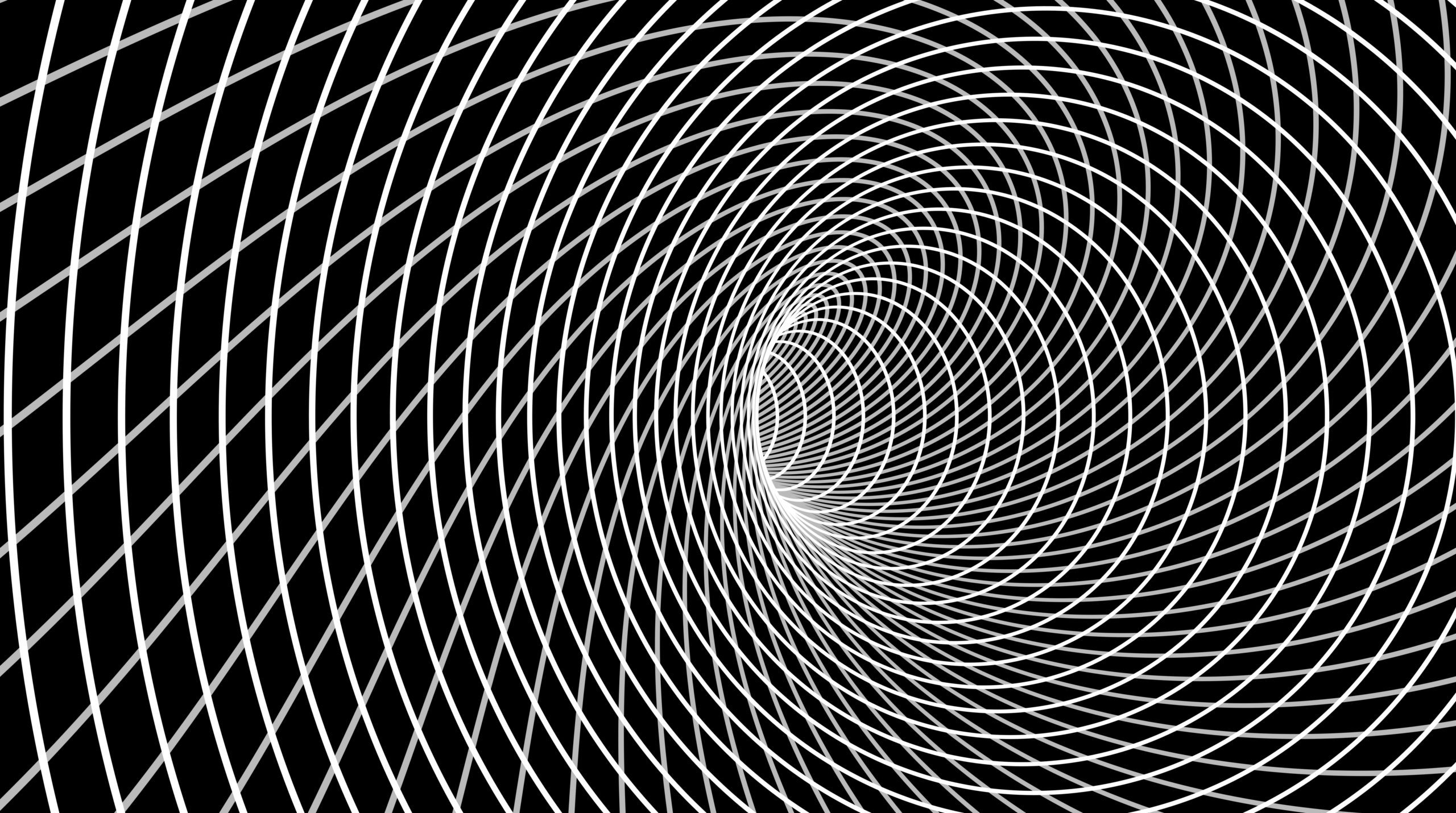 What if you arrived in a moment when it was time to choose your own reality?

Would you stay behind Door Number 1 and continue with all you’ve ever knOwn?

Would you open Doors Numbered 2 thru UNL1M1TED because possibilities beyond your remembered realities are available?

YOU SEE: I’ve been right here before, exactly in this space, apparently in a different timeline or 2, but I’ve stood right here where I’ve been challenged to choose between Sliding Doors.

My first recollection was when the guy at church kept encouraging me to connect with him at the radio station due to what he heard in my voice. I didn’t listen bc I couldn’t hear what he heard, so that chance dissipated fast.

Then there was the same year of 2001 when I was going to write a screenplay but it got me so scared that I froze for 10 years believing the big lie bc I dreamed too big.

Then skip another 7 years when a new door presented itself after I fire-started my own online business and I began to be more widely observed, but instead of embracing the dream I’d dreamed just a year earlier, I made a better mess by tinkering with a new toy.

Then it happened again after that new toy recorded the celestial skies which spawned my 1st film, and millions more observed, and many more wanted to chat and expand worldviews, however, I held those doors closed, too, cos once again I apparently didn’t (really) want my dream(s) to come true(?).

Shortly after that, I moved my fam 2K miles to a cabin house in the woods where I figured I’d find Peace, and for a while I did meet Peace in that special electromagnetic pocket, until even a near perfect Pine forest in The Natural State started to smell too familiar, so then we moved back to Cali for several reasons including my apparent desire to star as Dad in my own unfilmed sequel to The ‘Burbs.

Then the lady from 3 years ago emailed me again on 5/21/2021 asking me to be on her podcast again. She doesn’t know I once froze on a podcast 4 years ago. Actually, nobody knew til now, but blah, bc it was such an ugly freeze. Ha, it must be the reason that podcaster and I never publicized its audio like we originally discussed.

Of course, One’s performance can improve, in fact, I often remind Me of Who I Am by recalling how 1 of my final podcast appearances 3 years ago ended with 1 co-host telling me that I’m “a natural.” ????

How much of yourSelf are you willing to show and tell?

What does it take to be One of the Public Personalities you watch and/or adore? How does One harvest enough energy to possess excess so it can be redistributed locally or afar?

I would assume One’s physical, mental, Spiritual, and digital houses would need to be (mostly) in order?

Ya know, during most presentations, I get energized during the data exchange process, but the lead ups to the connection events have often caused tremors.

Have you ever leapt into dark pools? Did I ever tell you about the time I was thrown into a pool as a young One and I had to claw and kick for what I assumed was my Life?

Have you ever got thrown out there?

Do you ever put yourSelf out there? Is that your dream — to offer your Best-Self to the world?

What would you do if you actually saw it materializing? Would you get scared like me and continually destroy or pivot away from what you’re creating?

What could you accomplish if you harnessed your energy into something or some(One) you Love?

You’re either building someOne else’s dreams, or you’re building your Own.

But once construction begins, “How does One insure corruption doesn’t infiltrate the innerMe?”

Is the enemy external, or do you feed your own innerMe?

1 month ago I said I didn’t want to travel 30K+ ft high again anytime soon due to 3 of 4 flight delays during 3 days of travel which included backing out of the same gate 3x on the same plane before departing for my final destination way later.

Maybe I love my Kin and I like to travel more than I choose to admit?

Maybe that mentor was just projecting when he compelled me to doubt my own desire to travel and speak?

Ha, he did end up making that his new passion shortly after we broke up.

I once had this 1 author subscriber who I saw on the cover of Writer’s Digest a week after he called me out for being a circus barker faking it for attention at my website. Ha, that was a week after I freaked in an airport bathroom bc he hated on my Reddit post about another big-shot author tweeting about 1 of my brilliant pieces shining at my blog. ????

There’s also the Lady of The Light Lineage who reads this blog. I’m pretty sure she exists in another dimension and I’m not quite sure what would happen if we tried to cross universes.

Did you feel a shift on Wednesday? Yahoo! said this about Wednesday’s SFBM,

In a once in a lifetime event, the night sky on Wednesday will be both the brightest and darkest ever seen.

This week’s full moon will be the second supermoon of the season, appearing brighter and larger than usual. According to the Farmer’s Almanac, the “Flower Blood Moon” will be roughly 222,000 miles away from the Earth early Wednesday morning.

May’s full moon is known as the “Flower Moon,” and because a total lunar eclipse — also known as a “blood moon” as it gives the moon a reddish hue — is also set to happen at the same time, it’s being called the “Super Flower Blood Moon.”

The moon will be at its brightest and largest at 4:14 a.m. PT, according to astronomers.

You are an electromagnetic Being wielding an energetic field that attracts what it broadcasts. I contend both science and faith systems agree on this.

What do you think?

How much innerG do you contribute to the worldwide channels collecting emotions across the verses?

It’s wild how much I love to dance inside my own Field. I’ve realized I require minimal charging from outside sources, too. My Light self-ignites most days and nights, but it appears Others require more.

What is possible if you controlled your innerChi?

Haven’t you ever been around someOne who Lights Up the Room?

Haven’t You ever been told that you just calm them? Wifey told me this in the past week.

I share my Field with her and I continually tell her how wild it is to share a life with someOne else. Even though she vibrates at a significantly faster rate than me, we coexist in the same space and time.

Ever felt an energetic wave leave your hands when you wave them across a room? Ever felt the invisible friction inside concert or sporting events? Have you ever tried imagining everyOne walking around with their own visible auras?

She goes on to tell me about how she wasn’t sure if I needed space or not.

“I told you exactly what my deal was and why I was moody,” I reply.

She goes on to tell me about uncertainties.

“At this point you should know my spaces, and if not, well…” I say.

She kisses me and I wonder why I still sometimes collapse inside mySelf? Maybe I just like to vacay?

She’s standing over me right now as I record this realtime interaction. It’s like she’s testing me.

Or it’s like she’s cleaning the baseboards beside this couch bc she’s awesome and we’re about to paint a 3rd day in a row. Now it’s like she’s reading these words cuz she’s a new subscriber again after I got thrown into her inbox’s Promo pool.

Next month, I’m traveling to Alaska with my most BeLoved.

We’ll be in the core of the Alaskan Bermuda Triangle and everything will be okay bc the fam and I protect our Fields through Spirit. Ha, I wouldn’t mind if we slid timelines though bc I’m open to new universes if they resonate at the same frequency as ours.

Which frequencies are you dialing?

Please remember that switching stations remains your choice if you want to experience a new reality. This realm remains Player’s Choice.

Did you know another shift is coming 4 Mondays from this post’s publication? Hindustan Times said this about the coming solar eclipse event,

Earth will be hosting a rare type of solar eclipse this June 21 which is coinciding with the summer solstice, or the first day of summer. June 21 also marks the longest day of the year, when we will get to witness a celestial event known as the ‘Ring of Fire’ solar eclipse or annular solar eclipse.

The Northern Hemisphere, including India, is all set to witness the longest day of the year on Sunday, June 21. According to weather.com, the sun will be at its highest position in the sky, and the shadows cast will disappear at noon if you are located in Ujjain, Gandhi Nagar and other places located along the Tropic of Cancer in India.

The word Solstice is derived from the Latin word “Sol” meaning Sun and “Sistere” meaning stationary or stand still.

SON ON THE SUN

“Yes, things are getting brighter.”