Game Over: The Death of Self 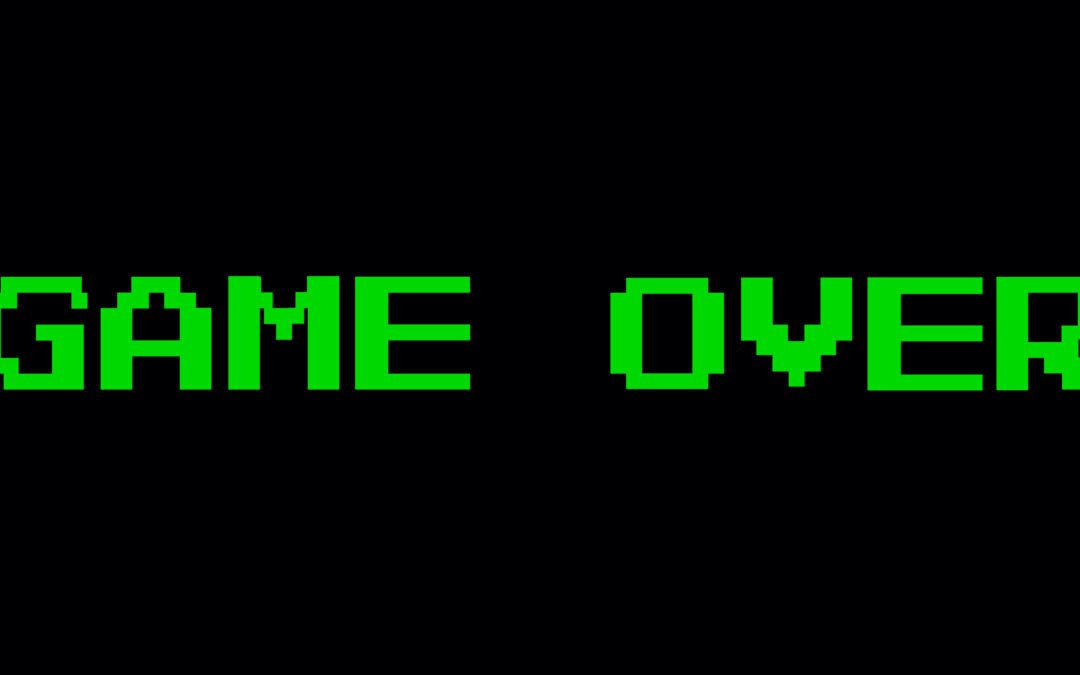 “Will you die ready?” I reply.

On Tuesday night, my mother told me for the first time that she died as a five-year-old child.

She storytold being at the bottom of the pool, then a shadow breeched the surface, followed by a darkness swimming toward her.

The next thing she remembered was looking down at people hovering around her body. She’s high enough in the air to see the pool and the crowd.

Everyone’s in a panic.

She does not miss being in her body. She knows the warmth from a Light.

Then she regains first-person perspective in the body of her five-year-old self. She feels the pain in her chest while someone compresses it. She coughs up water and someone leans her to a side.

She remembers their faces wore masks of horror.

I remember being thrown into a pool as a young one, hmm, maybe I was five-years-old.

I used to frequently flashback into the fear that I felt from way back then == Emotional time traveling.

I remember resonating hell on earth and in my heart.

I’ll never forget kicking my legs and willing myself toward those steps. I’ll always remember my shin hitting that plaster so hard. Ha, I can’t forget thanks to emotional time travel.

On Tuesday afternoon, I connected with an aging-out woman wearing big hair and a purple sweater.

She thanked me for everything.

Then I told her what I wanted to tell her before we shared our first words on that three-hour-flight.

I told her that I can just feel her Spirit.

“Are you a Believer?” she said.

I will never forget this woman’s Light shining bright.

Speak the things you must release.

“Will your ego die before your body?” I ask.

“Work in progress,” I reply.

I remember 20-years-ago when I left my body, floated through my bedroom door, rounded the bar’s corner instead of going through it, and observed a darkness on the kitchen’s wall.

I remember knowing the unknown hole would bring something I shouldn’t know.

I immediately desired to return to my body, so I snapped back in a rubberband prayer.

So I closed this door until I was ready for more intros.

Challenge what you’ve been taught.

Love what you know.

Love who you are.

Last week, I said to son, “I logged into Facebook the other day for the first time in a long time, and I hated it. I know people are just showing themselves, and I get it, but it looks like the same thing over and over.”

I activate an unnatural voice and continue, “Look where we went. Look at us posing irregular toward the lens. Look at me saying something about someone else, and then look at me,” I say.

Freeze frame: Please recognize I have done all of these FB things. Also, that prior paragraph is what my fellow sapiens may look at as “passing judgment.”

Please know: I’m taking more of the scientific approach on this one = I am the observer. 😉

Whatever though… because I really do wish I didn’t hate the Book of Faces – because then I could feel nothing while self-promoting me, myself, and I for the benefit of him, her, and you.

This is me. This is what I look like.

Sometimes I can’t believe I’m offering you peels of my real pieces.

Do you believe what you’re feeling?

Do you trust yourself?

Do you trust others?

Do you have peels that no one’s ever seen? Do you reveal your pieces faux reals?

For realz, I’m showing you minez.

Last year, a friend told me she’s tried to kill herself before. She cried.

Also, last year, a man I knew killed himself. This church pastor left behind a wife and two young ones.

This lost-man roamed my mind the week leading up to his self-inflicted game-over, and that’s despite zero connections in years – except I never reached out despite his heart being in my head the week prior to his suicide.

Trust we can change this place.*

* Reboot required if untruth exists in prior sentence.

We are built for death.

And we are meant to see other builds die.

I lost my Pop and I barely malfunctioned after his unexpected expiration.

But was his exit unforeseen?

Life is designed to end.

Life is designed to decay.

Life is designed to break.

Life is designed to dissolve.

I’m showing you me again. How do I look?

Isn’t this what we want? To connect in the exposures?

Be true to your closest Ones.

A man I love lost his child.

His lost child was a strong, young man. A car drove through a tree before killing this lost child and breaking his dad’s heart.

But rebuilds are possible.

Because this father has found and experienced many things in the annual aftermaths of his lost child. During one recent South summer day, we both got lost in place, and he shared how he connected with Spirit for the first time.

I was blessed because I got to watch his heart resonating with life again.

A woman I love lost a child.

The child was still being built inside her body.

I rarely think about this event.

Should we have named our child we never met outside her womb?

Many humans died this past week.

One-lost-life got broadcast constantly across the screens.

Many humans lived this past week.

Yes, they inhaled, exhaled, looked around, and navigated the earth, but many of them might as well be dead because their hearts didn’t once resonate with life.

Yet they consumed the news recycling the story about how one-lost-life impacts the masses.

They have seen that the Spirit of One can live on despite its host body no longer residing in the physical.

We can change this place.

Do you want to try with me?

What do we want to make possible?

Many people forget how to live. They stop dreaming or streaming – during day and night.

Yep, I will die someday.

Of course, so will you.

And as of now, the Death of Self seems to be the fastest path for my consciousness to exit this realm known as earth.

In the meantime, let’s change this place.

And then let’s die ready.